Ch Great Expectation was Top Winning Bitch for the 6th year
in a row bringing her tally at the close of 2015 to 31.

Our new import from Finland (sired by Int Rus Ch Superstition)
Olymbinars Ode To Joy at Michandy had a promising start to her career, taking an early Group 4 place at Midland Counties All Breeds
Championship Show aged just 10 ½ months under Andrew Brace.

Aust Ch Michandy Striking Midnight won more Group and Best in Shows beginning 2015 at the top of the Top Dog (All Breeds) listings and ended it (having been shown only lightly for much of the year) as
Top Non Sporting Dog in Victoria.

His two sisters did well too - High Spirits won 2 CC's both with Best of Breed and Perfect Sense added class wins and another RCC
at the few shows she attended.

Ch In A Nutshell and Dats The One both won RCC's in 2015 - they have been combined to produce a promising black bitch puppy who will make her debut in Summer 2016.

Plus BEST OF BREED & RESERVE DOG CC AT CRUFTS 2014

and before that ….
Ch. Michandy Party Trick at Chrisalette
at just 19 months
Sired by Ch Trick or Treat ex Ch Kertellas Double Dream of Vanitonia
Congratulations and Thanks to Leticia Tranter and Paulette Cutler for campaigning Layla to her title 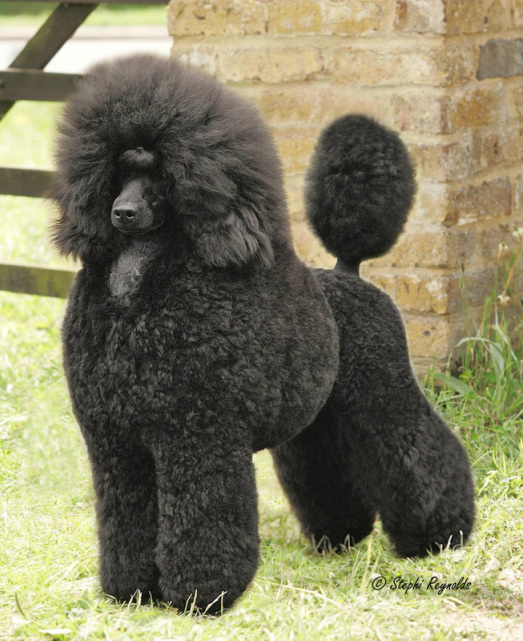 unbeaten in all his Puppy and Junior classes
and winner to date of 20 CC's and 14 RCC's.
10 Group placings & Multi Best in Show Winner

Sire of:
'Lennon' Australian Ch. Striking Midnight -
in UK 3 Reserve CC's as a puppy behind his father including CRUFTS 2014 - a 2013 Pup of the Year Qualifier - in Australia a Multi Group and BIS winner.
'Brownie' Ch In A Nutshell - a Ch at 16 months,
'Hayley' Perfect Sense and 'Lexi' High Spirits -
also both winners of 2 Reserve CC's apiece

He goes back through his dam's line to our export to Hungary in 1986 Int Ch Michandy Quizmaster - litter brother to the famous UK Ch's Qui Va La and Que Sera.  Full Pedigree on request.

Pictured here at just 9 months
and below at 18 months and then at
30 months in English Saddle (Lion) trim.

For all Show results to date see Latest Show News 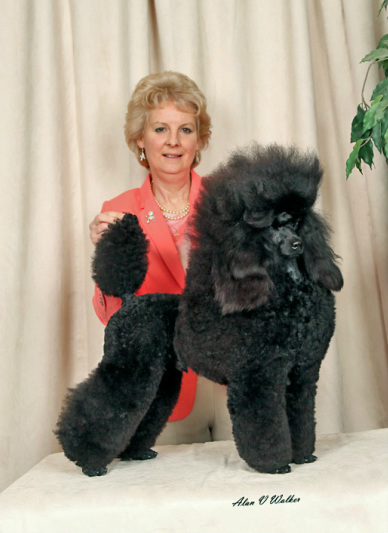 Pictured when competing for East Anglian Dog of the Year 2012 aged 18 months. Photo by Alan Walker. 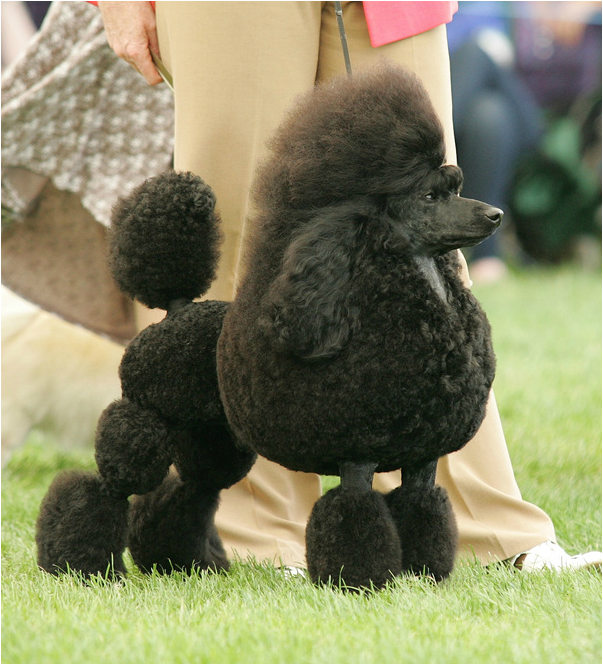